The Scripted Rendering method is another way to deploy a widget to your custom app.

Clicking the "Scripted Rendering" button does all the work for you to create a script that will load the entire widget into a web viewer. It copies script steps to your clipboard and is ready for you to paste them into a script. 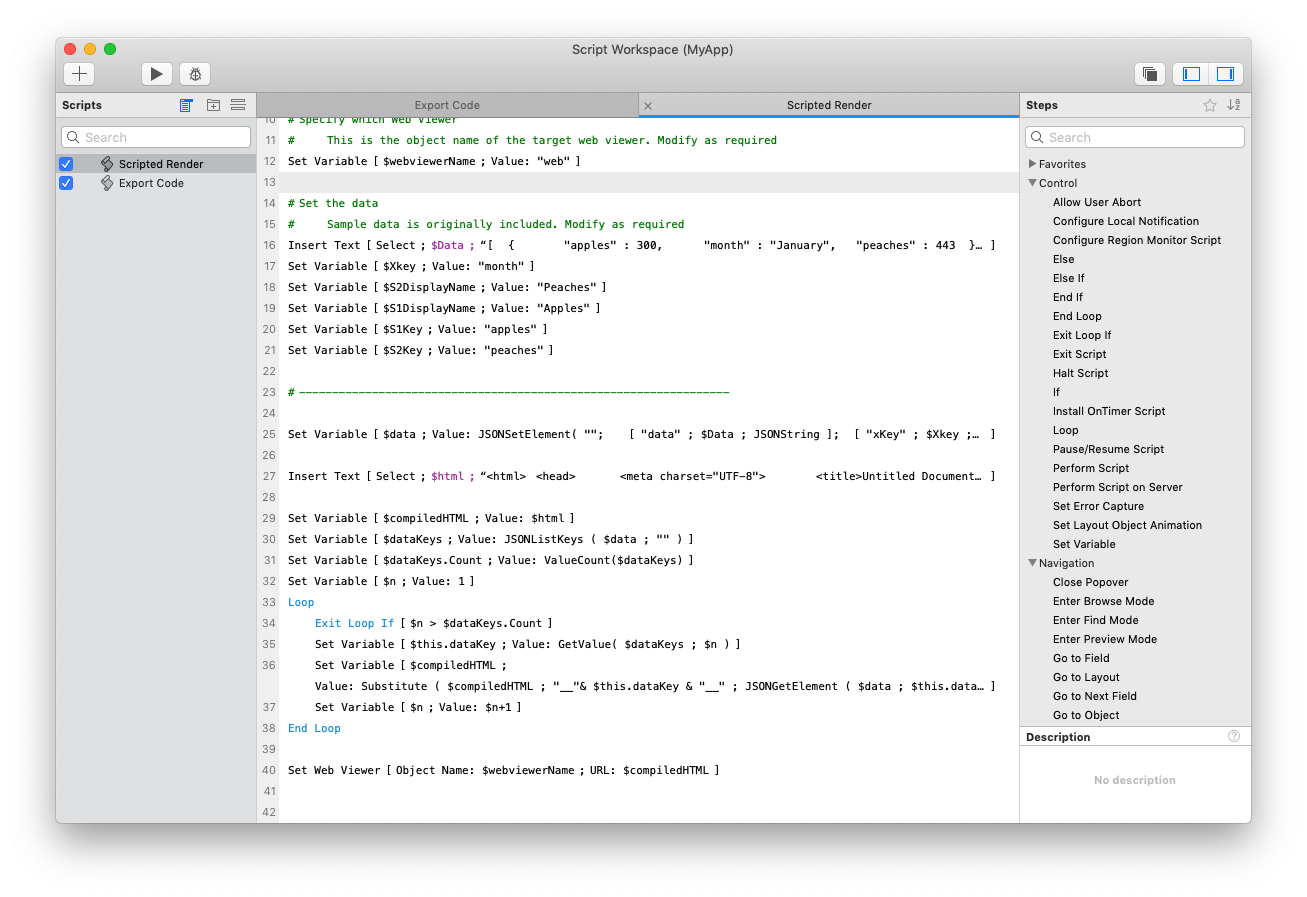 Just a bit left to do

Once the steps are pasted into a script,  you need to do a few things:

You may wish to remove all these variable-settings, including line 25 in the example above to a subscript. This subscript sets up the data object in $data and then passes it to this main script for use.

This method of deployment is simple to use and is very versatile. It can be used for any widget, simple or complex. In this method, you're calling a script every time you want users to interact with the widget.

Here are some possibilities