Data is essential to a widget. Data drives the purpose of the widget, whether it is a chart or a gauge or a timer.

As developers we need to provide a way to get data into the widget.

And we can do that with the Data variable option.

This charting library accepts a JSON array as the data. 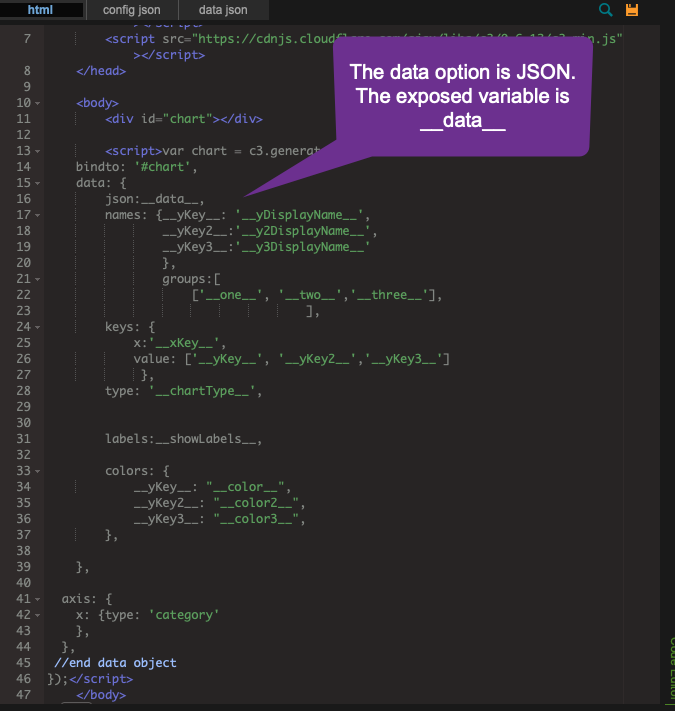 This widget is set up to take a JSON array as the data variable. 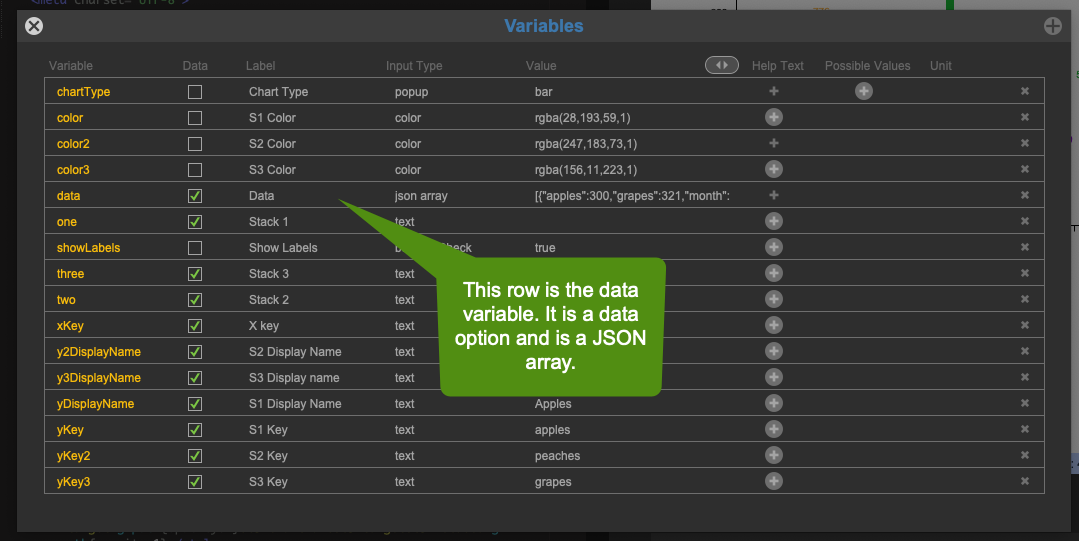 In this widget there are many other variables marked as Data.

Any variable marked as Data will be exposed to FileMaker as variables using the label name to generate the variable. Each variable's value will be generated by the developer depending on the deployment method.

Data in the Embedded Web Viewer 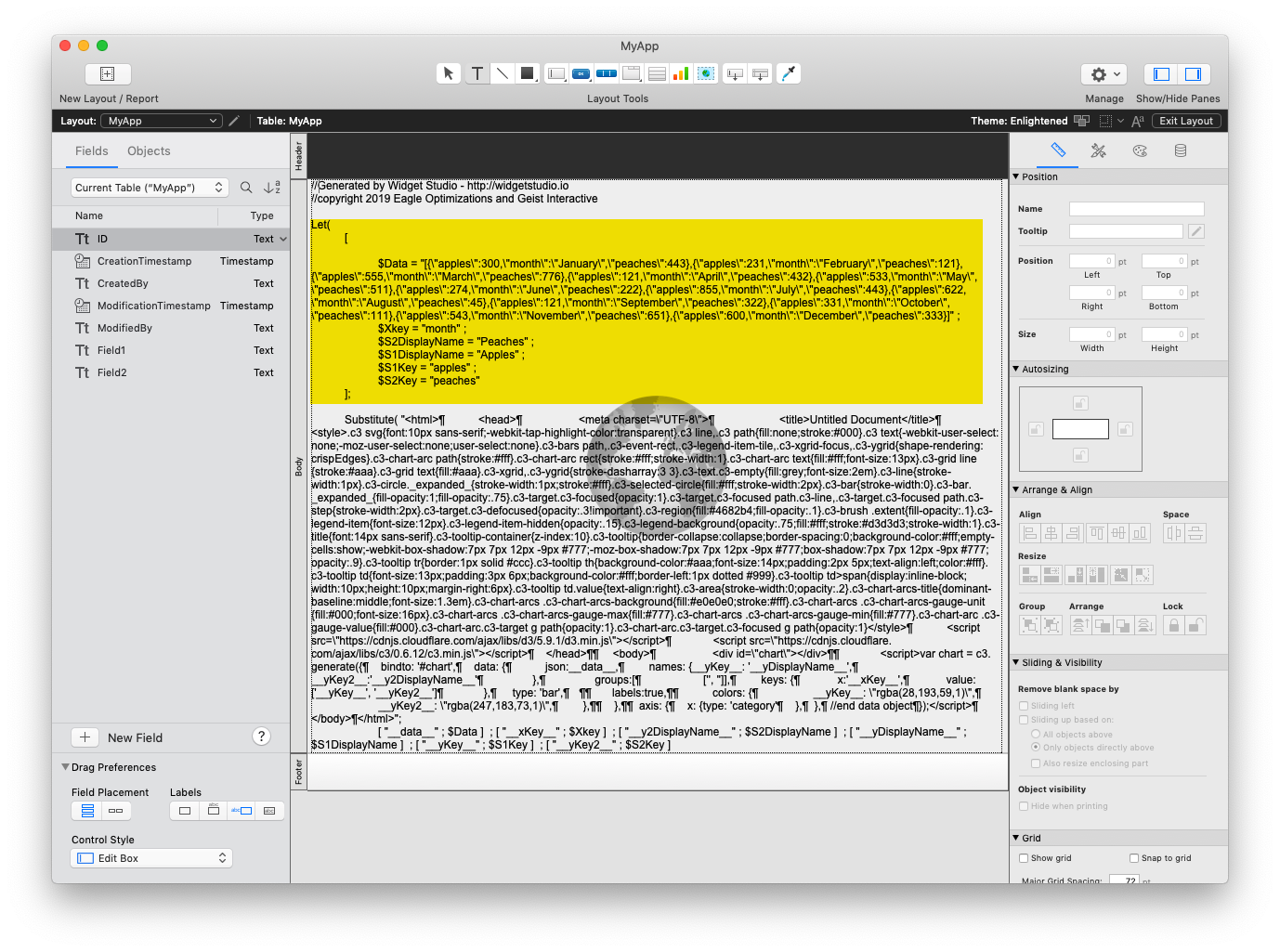 When a user chooses to embed the web viewer, all data options will be coded into the Let variable declaration section.

Data in the Scripted Rendering or Scripted Export Method 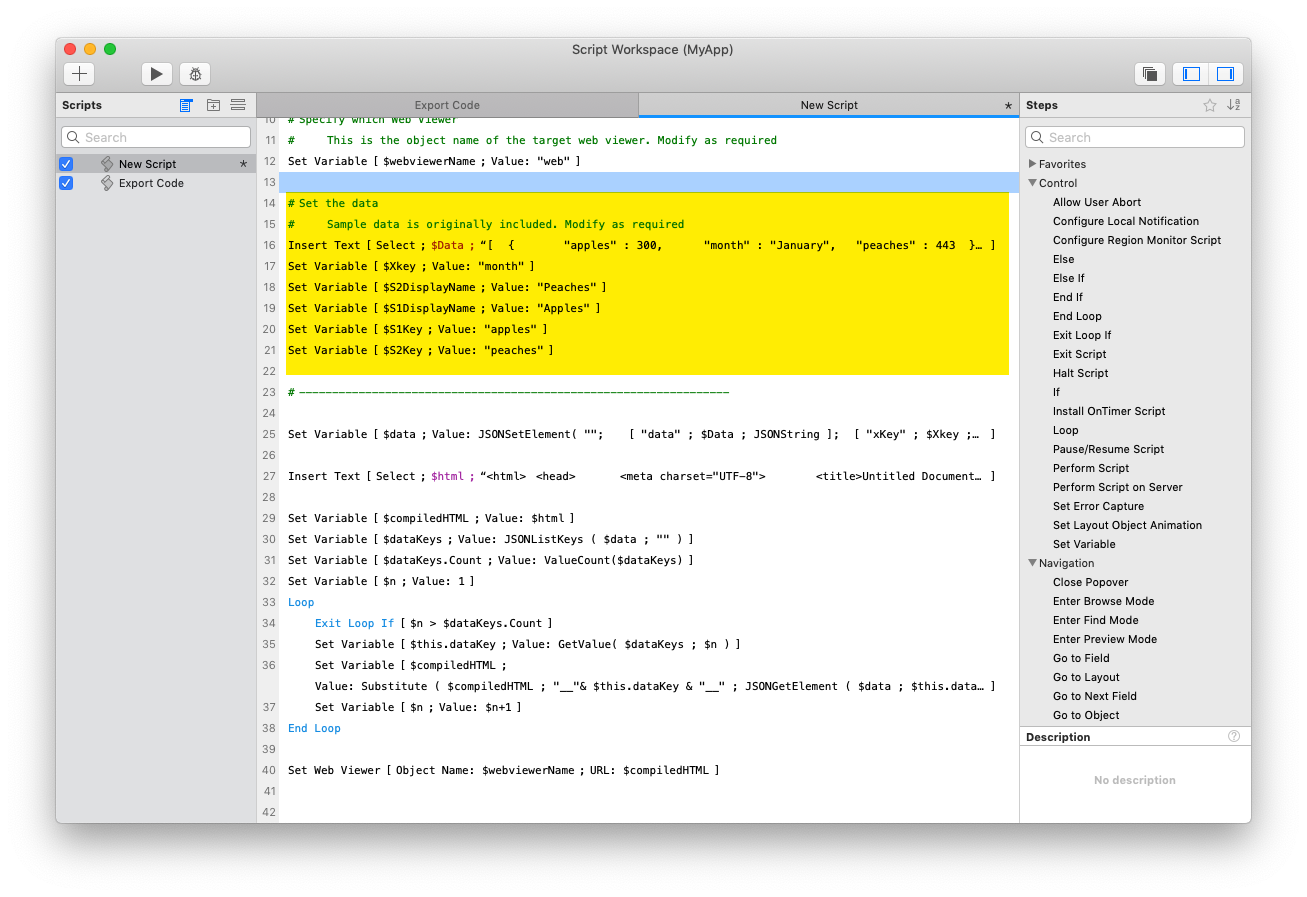 When a user chooses to deploy via a script ( Scripted Rendering or Scripted Export ), the variables are generated at the top of the script.

It is useful to expose options that make sense to a user. Those include any text or color that might need to be adjusted among different developers or uses of the widget inside FileMaker.